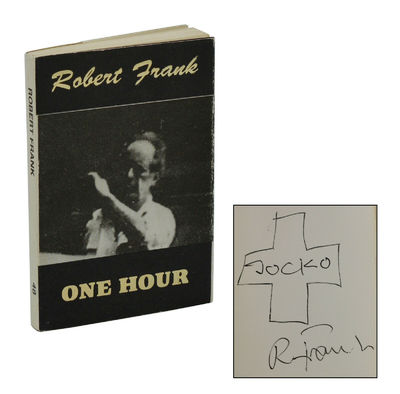 by Frank, Robert
Madras and New York: Hanuman Books, 1992. First Edition. Near Fine. First edition, first printing. Signed by Robert Frank with a drawing. Near Fine with light rubbing to jacket at extremities, and a stray ink mark to textblock edge, likely from Frank's signing. A single-take of Frank and actor Kevin O'Connor either walking or riding in a mini-van through Manhattans Lower East side. Shot between 3:45 and 4:45 pm on 26 July, 1990 document of film eavesdropping involuntarily on strangers, a kind of stream of consciousness mainly of a transcription of the dialogue heard. (Inventory #: 140939043)
$500.00 add to cart Available from
Burnside Rare Books
Share this item
Burnside Rare Books
Offered by