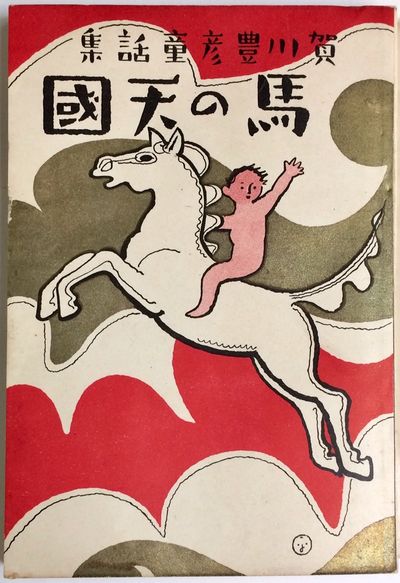 by Kagawa Toyohiko
Osaka: Nichiyo Sekaisha, 1933. 152 p., paperback, very good, cover colors still bright, in the original glassine dustwrapper, which is foxed and somewhat edgeworn. A collection of fairy tales. Kagawa was a Japanese labor activist and missionary, jailed several times for labor activities as well as for apologizing to China for Japan's occupation in 1940. He was nominated for the Nobel Prize in Literature in 1947 and 1948, and the Nobel Peace Prize in 1954 and 1955. (Inventory #: 242947)
$125.00 add to cart or Buy Direct from Bolerium Books
Share this item