The importance of Dunkirk consider'd: in defence of the Guardian of August the 17th in a letter to the Bailiff of Stockbridge.. 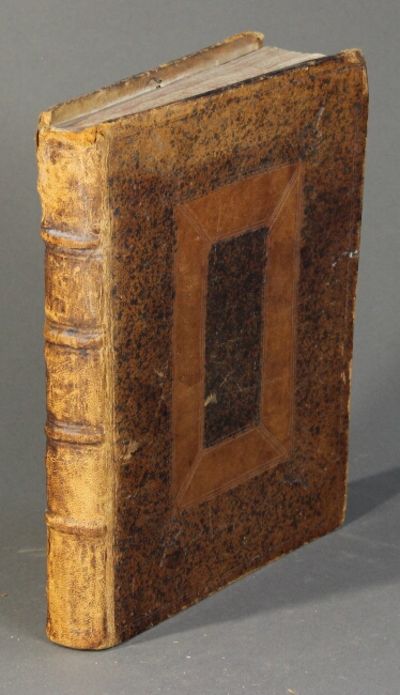 by Steele, Richard
London: printed for A. Baldwin, 1713. First edition, small 4to. pp. 63, [1]; not in Rothschild. Bound with: Steel, Richard. The Crisis: or, a Discourse Representing, from the Most Authentick Records, the Just Causes of the Late Happy Revolution... London: Sam Buckley, 1714. First edition, second issue; pp. vii, [1], 37, [1]; the last leaf with tears in the corners affecting the adverts. on the verso and one word in the top line on the recto; Rothschild 1949. Bound with: Steele, Richard. A Letter to a Member of Parliament Concerning the Bill for Preventing the Growth of Schism. London: Ferd. Burleigh, 1714. First edition, pp. 23, [1]; Rothschild 1956. Bound with: Steel, Richard. Mr. Steele's Apology for Himself and his Writings; Occasioned by his Expulsion from the House of Commons. London: R. Burleigh, 1714. First edition, pp. xvi, 17-88; lacks map; Rothschild 1954. Bound with: Addison, Joseph. Cato. A Tragedy... London: J. Tonson, 1713. First edition, pp. [8], 62, [2]; contains a prologue by Alexander Pope. Eight London editions appeared in 1713, and 3 more were published abroad; Rothschild 7. Bound with: [Theobald, Lewis.] The Life and Character of Marcus Portius Cato Uticensis: Collected from the Best Ancinet Greek and Latin Authors; and Designed for the Readers of Cato, a Tragedy. London: Bernard Lintott, 1713. Second edition, with large additions; pp. 26; some foxing; Ashley Library I, 2. Together in full contemporary sheep, rubbed, but sound. (Inventory #: 54903)
$977.50 add to cart or Buy Direct from
Rulon-Miller Books
Share this item