The use of the "Hollerith" tabulating & sorting machines by wholesale merchants 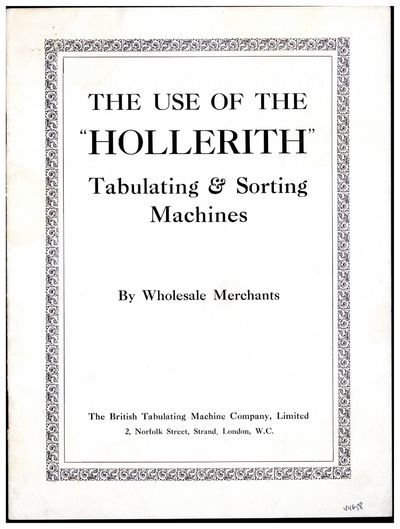 Montreal 1882
(click for more details about McGill University Medical Certificate for W.G. [William George] Henry, signed by Osler)
View all from this seller>