Foxes and Firebrands: or, a Specimen of the Danger and Harmony of Popery and Separation 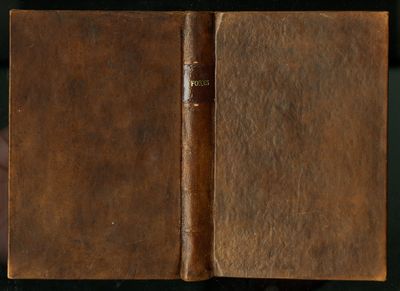 The first and second parts of Ware's extensive and pernicious forgeries of church history intended to stir up anti-Catholic, anti-Irish and anti-Jesuit sentiment. They played a large role in the absurd stories surrounding the Popish Plot and many of Ware's creations continued to pollute reformation history into the 19th, 20th and even 21st centuries. Ware was the son of a prominent historian and used his father John's name to legitimize the documents that he "found" - one of the most long lived forgeries was a Cranmer letter at the beginning of part two which entered into Cranmer's works and was preserved for centuries through misattributions (by historians such as John Strype) and wishful thinking. Rare in commerce. Size: Octavo (8vo). Quantity Available: 1. Shipped Weight: Under 1 kilo. Category: Religion & Theology; History. Inventory No: 046918. (Inventory #: 046918)
$850.00 add to cart or Buy Direct from Pazzo Books
Share this item