The Social Monster: a paper on Communism and Anarchism & The Beast of Property: the curse of the world which defeat's the people's emancipation 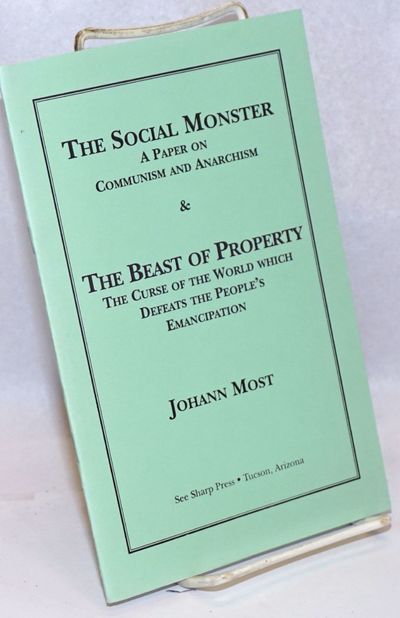 by Most, Johann
Tucson, AZ: See Sharp Press, 2007. Pamphlet. 31p., 5.5x8.5 inches, staplebound pamphlets, very good. "For the first time in over a century, the full text of Johann Most's insurrectionary pamphlets, The Social Monster and the Beast of Property, is once again available. These two essays provide a valuable glimpse into the thought of this important 19th-century German-American anarchist. Most's insightful, biting comments about the inhumane nature of capitalism remain as relevant today as when they were written the the 1880s." (from the back cover). (Inventory #: 243392)
$12.00 add to cart or Buy Direct from Bolerium Books
Share this item