The Art of Walt Disney: From Mickey Mouse to the Magic Kingdoms 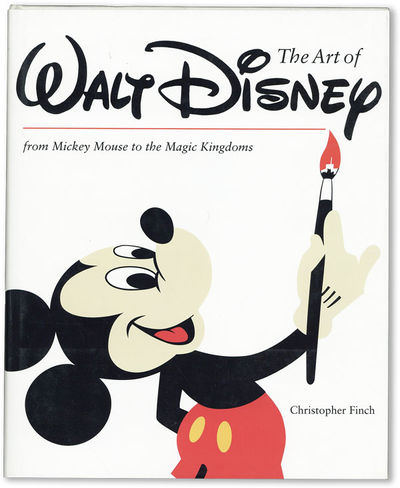 First published in 1973, this edition has been newly revised and updated for 1995. Features a comprehensive history of Walt Disney, his work, and his company, from the early Laugh-O-Gram days to the upcoming (at the time) features "The Hunchback of Notre Dame", "Hercules", and "Mulan". Text details the artistic and technical aspects of Disney films, accompanied by photo-illustrations in color and b/w, with concept/character art and sketches. Also covers live-action films (including those released by Touchstone), television productions, and theme parks. (Inventory #: 46668)
$30.00 add to cart or Buy Direct from
Lorne Bair Rare Books
Share this item

[Davistown, PA: n.d. ca 1935]
(click for more details about Letter to President Franklin Delano Roosevelt, Requesting Assistance with a Bank Foreclosure)
View all from this seller>