The life and genius of Goethe; with translations from his poetical works 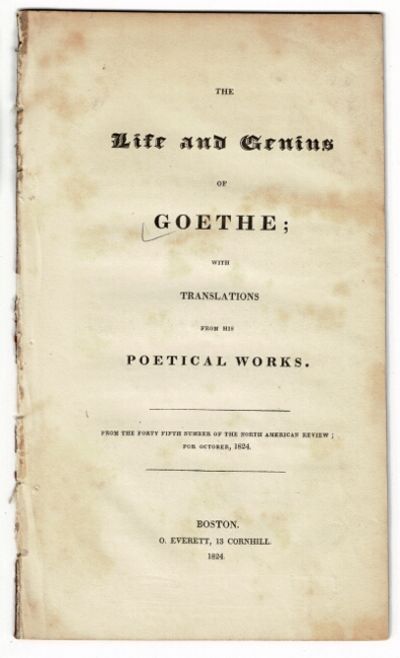 by [Bancroft, George]
Boston: From the ... North American Review, 1824. First edition, 8vo, pp. 24; removed from binding, wrappers wanting; outer margin foxed; all else very good and sound. Bancroft had studied for some time in Germany, had in fact met Goethe, and was instrumental in introducing German literature and educational theory into the U.S. This is certainly one of the earlier American notices of Goethe, known in the U.S. at that time primarily through the numerous editions of The Sorrows of Young Werther issued post 1784. BAL 604. (Inventory #: 55017)
$126.50 add to cart or Buy Direct from
Rulon-Miller Books
Share this item