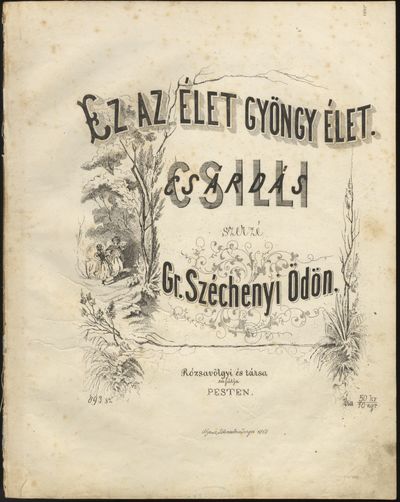 Count Széchenyi was an amateur composer who published several dances for piano in the 1860s. His primary focus, however, was as the chief proponent and organizer of fire protection. He helped to found the National Hungarian Fire Brigade in 1870. He later advanced a similar measure in Turkey, for which we was given the title of Pasha, one of the few Christians to receive such an honor in the Ottoman Empire. (Inventory #: 32240)
$72.00 add to cart or Buy Direct from
J. & J. Lubrano Music Antiquarians
Share this item