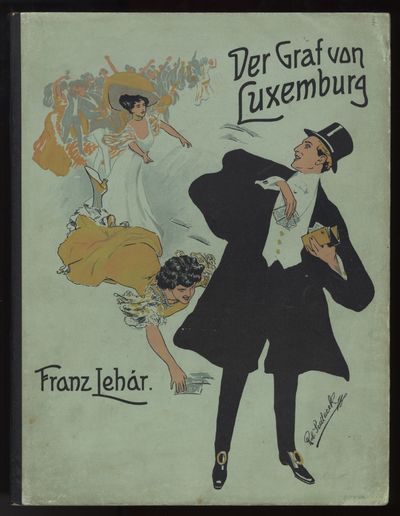 Leh?r's operetta Der Graf von Luxemburg, composed to a libretto by A. M. Willner and Robert Bodanzky, was first performed in Vienna at the Theater am Wien on November 12, 1909.

"The work has many points of similarity with Die lustige Witwe, whose success it was obviously designed to recapture (which it did to a remarkable degree). Composed in some haste, it shows Leh?r at his most fluent and melodic, with beguiling, sensuously orchestrated waltz melodies, if without quite the finished sophistication of its predecessor." Andrew Lamb in Grove Dictionary of Opera. (Inventory #: 32042)
$44.00 add to cart or Buy Direct from
J. & J. Lubrano Music Antiquarians
Share this item