ALL ABOUT LULU. A Novel 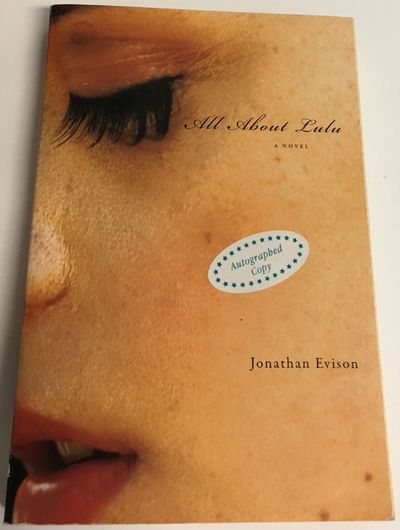 by Evison, Jonathan
Brooklyn: Soft Skull Press, 2008. First edition. softcover. A fine copy copy in the original decorated perfect bound wrappers as issue. "Autographed Copy" stick to front cover, and bookstore sticker to rear cover.. Prolific Pacific Northwest author's first book, a PBO (paperback original) signed by Evison on the title page with those words that are oh so true, "NO PAIN NO GAIN!" (signed) with his initials. This novel won critical acclaim, including the Washington State Book Award, and landed on many year-end "Best of" lists, including Hudson Booksellers, where it enjoyed the added distinction of being the only independent title selected in 2008. The L Magazine included this book in its Best Books of the Decade. Firsthand I knew how serious this writer was when my wife hosted her book club on this book and Mr Evison showed up himself to join the discussion. Since then several of his later books were the basis for big screen films. Finally, should you be driving the wilderness of the Pacific Northwest you might come upon a huge vehicle parked in the woods. Mr Evison's place of inspiration where he writes in the solitude of the wilderness. (Inventory #: 14408)
$250.00 add to cart or Buy Direct from Ed Smith Books
Share this item