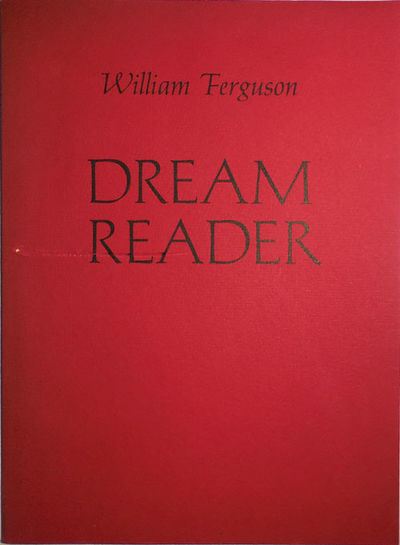 by Ferguson, William
Cambridge: Halty Ferguson, 1973. First edition. Paperback. Very Good. Tall, wide trade paperbound volume. 51. Designed and handset by the author and his wife. One of five hundred copies. Unfortunate horizontal scratch to the front cover. Otherwise it would be a fine copy. INSCRIBED by the poet to fellow poet James Tate and dated in year of publication. Also, laid in is a one page Typed Letter Signed from Ferguson to Tate and is dated 14 October 1973. (Inventory #: 29130)
$45.00 add to cart or Buy Direct from Derringer Books
Share this item
Derringer Books
Offered by

we ain't got no money, honey, but we got rain (Signed Limited Edition)

Santa Rosa : Black Sparrow Press , 1990
(click for more details about we ain't got no money, honey, but we got rain (Signed Limited Edition))