Usury laws. Speech...in the House of Representatives of Massachusetts, February 14, 1867. On the repeal of the usury laws 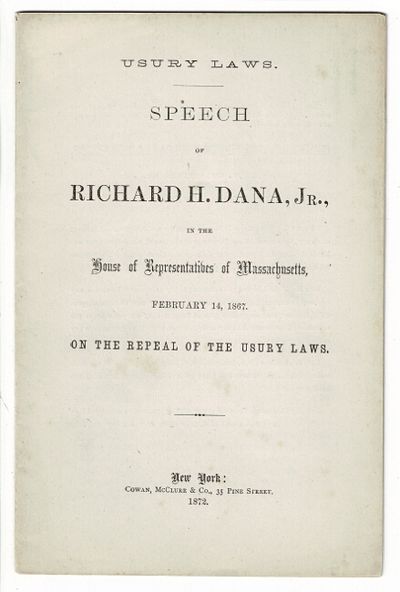