CHRIST AT THE DOOR 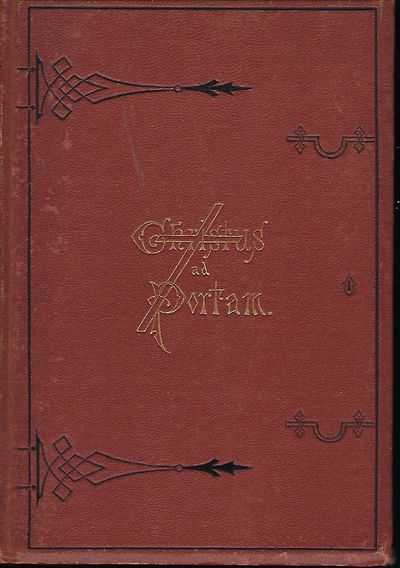 by WARD, Susan Hayes
NY: Anson D.F. Randolph & Company, 1872. First Edition. Signed by Ward on the title page. A book of religious poems by a close confidant of American poet Robert Frost. In 1894, Frost sold his first poem, "My Butterfly. An Elegy" (published on November 8, 1894) to the New York Independent. His most important correspondence in the 1890s was with Susan Hayes Ward [1838-1924], the New York Independent editor who encouraged Frost in his poetic endeavors. She became a close confidant of Frost. Her brother was William Hayes Ward was an American clergyman, editor (also at the NY Independent), and Orientalist. A scarce book with an uncommon signature. 12mo., decorative brown cloth, stamped in gilt & black, all edges gilt. Very Good (covers nice & bright with little light discoloration; contents clean & tight). A very nice copy! (Inventory #: 56785)
$250.00 add to cart or Buy Direct from Antic Hay Books
Share this item
Antic Hay Books
Offered by

NY : Harper & Row Publishers , 1980
(click for more details about MORE HAVOC)
View all from this seller>