The belle, the blue and the bigot; or three fields for woman's influence. By the author of Wreaths and Branches for the Church, &c 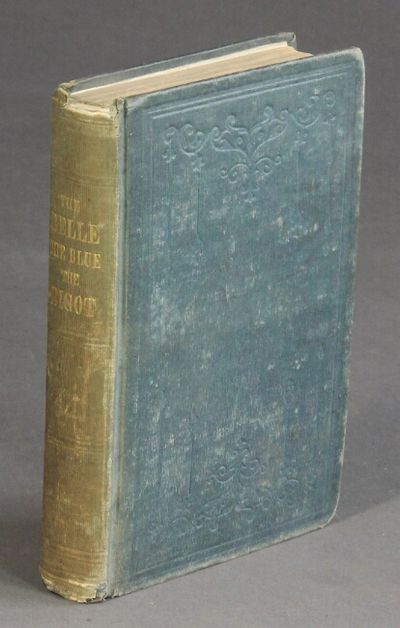 by [Tuthill, Louisa Caroline.]
Providence: Samuel C. Blodget, 1844. First edition, 16mo, pp. 322; original blind-stamped green cloth, gilt-lettered spine; front free endpaper excised, last leaf nearly loose, spine ends slightly chipped; all else very good and sound. Bookseller's ticket of Jordan & Co., publishers, in Boston. The Belle, or, Woman's Influence in Society; The Blue, or, Woman's Influence in Literature; and, The Bigot, or, Woman's Influence in Religion. "Educated in seminaries for young ladies in New Haven and Litchfield, Connecticut, Louisa Caroline Huggins Tuthill apparently expected to settle down into an unexceptional life as a lawyer's wife, but a religious experience caused her husband to give up the law for the ministry and an attack of typhoid fever forced him to give up the ministry for a brief attempt at publishing a literary magazine. Tuthill encouraged his wife to write. After his death in 1825, she began to write steadily and seriously in order to support herself and her four children ... A popular author, whose works often ran to many editions and were reprinted in England, Tuthill wrote with a clear intention to instruct, to edify, and to raise the moral tone of the women and children who read her books" (encyclopedia.com). Wright I, 2624. (Inventory #: 55969)
$172.50 add to cart or Buy Direct from
rulon-miller books
Share this item