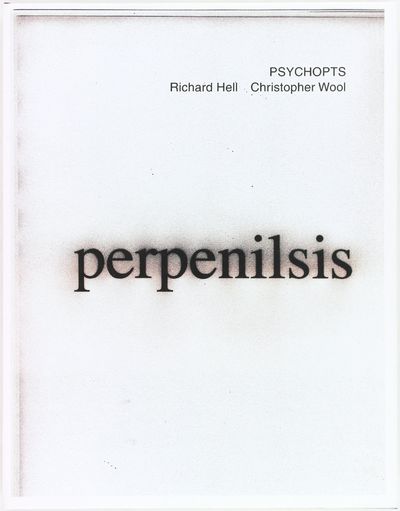 by WOOL, Christopher and Richard Hell
New York: JMc & GHB, 2008. Fine in a fine jacket, publisher's slipcase with very light surface rubbing.. Limited Edition. Octavo in slipcase. One of 50 numbered copies SIGNED by Wool and Hell. (There were 1576 total copies: 1500 of the trade edition in paperback, 50 numbered hardcover copies such as this one, and 26 lettered copies, issued with a print.) Christopher Wool's word images are among the most sought after pieces in contemporary art. This collaboration with Richard Hell, one of the originators of punk music, explores the fusion of conceptual poetry and art by pairing words like incest and nicest, slave and salve, anus and stuns, perils and penis, etc. (Inventory #: 26188)
$450.00 add to cart or Buy Direct from Harper's Books
Share this item
Harper's Books
Offered by