New Courts of Industry: Self-Regulation Under the Motion Picture Code; including an analysis of the Code [*SIGNED*] 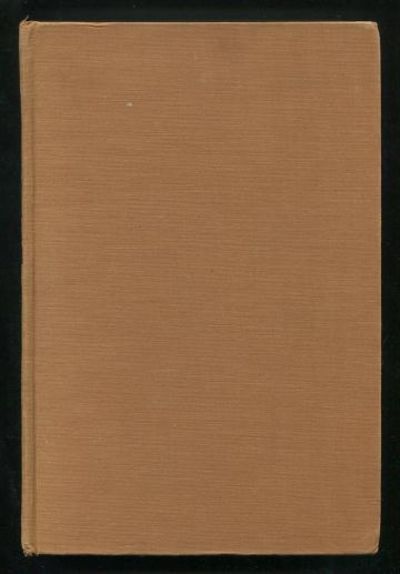 by Nizer, Louis
New York: The Longacre Press, Incorporated. Very Good. 1935. First Edition. Hardcover. (no dust jacket) [a good solid copy, slight bumping to the corners, light soiling to edges of text block, slight fraying to cloth at top of spine]. INSCRIBED "to Charles and Frances, with many regards" and SIGNED by the author on the ffep. The first book by the then-33-year-old Nizer, who would go on to a notable career as a trial lawyer. Nizer was involved on the legal front of the film industry for a long time, beginning in 1928 when he became the executive secretary and attorney for the New York Film Board of Trade, a position he held until his death in 1994. The "Motion Picture Code" referred to in the book's subtitle, by the way, is not the Motion Picture Production Code (aka the industry's "dos and don'ts," administered and enforced by the Hays Office), but rather the code of industrial practice for the movie business, drafted and implemented during the early years of the New Deal under the direction of the NRA (National Recovery Administration). As explained in the Preface, the Motion Picture Code "was the longest of any of more than six hundred Codes drawn" for all manner of American industrial enterprises under the NRA's auspices, and, it was felt, could thus serve as an shining example of the program's good work. The book includes the full text of the "Code of Fair Competition for the Motion Picture Industry," an Executive Order approved by President Franklin D. Roosevelt in November 1933. For anyone attempting to truly understand the financial and legal workings of the Hollywood studio system during the 1930s, this volume is essential reading. **** NOTE that this book is somewhat heavier than average, and that additional shipping charges may be requested for international shipping, or for Priority Mail service to U.S. destinations. If this concerns you, please contact us for a shipping quote before placing your order. **** Signed by Author . (Inventory #: 25511)
$75.00 add to cart Available from ReadInk
Share this item
ReadInk
Offered by