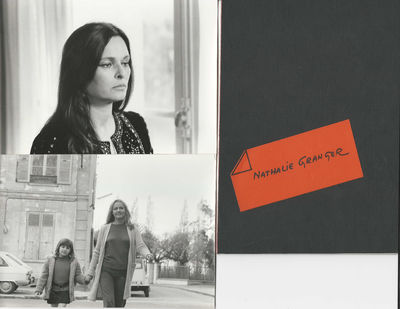 Writer-director Marguerite Duras was a major name in mid-century French literature, one of the creators of the Nouveau Roman (New Novel), and a great experimental voice in film and literature. She also wrote many screenplays, beginning with HIROSHIMA, MON AMOUR (1959).

She began directing in 1967, with an output of 19 films over two decades. "Her themes are memory, loss, and the interplay of reality and fictional perception... Her own films make great play with words, and with words that are more than normally separated from their images." (Thompson, p. 265.)

Photos focus on actresses Jeanne Moreau and Lucia Bose in this experimental and very female-centric film. "This art film has no conventional dialog between the main characters. This tells a strangely compelling story of two women in a suburban home who are listening to radio news broadcasts about a missing child in their area." (IMDb)