THE BOTTOM OF THE HARBOR [SIGNED] 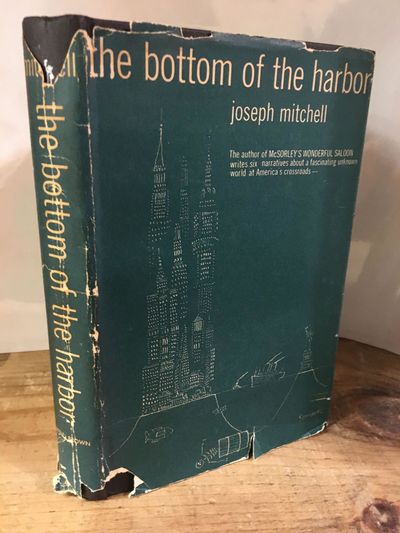 
JM consignment;. Case 6. Rachel MacKenzie was a fiction editor at The New Yorker from 1956 through 1979. Known for nurturing the careers of such literary giants as Isaac Bashevis Singer and Saul Bellow, she also had a correspondence with Muriel Spark and encouraged her to submit to the New Yorker.


Joseph Mitchell was an American writer best known for his works of creative nonfiction he published in The New Yorker. His work primarily consists of character studies, where he used detailed portraits of people and events to highlight the commonplace of the world, especially in and around New York City. 1328470. Shelved Dupont Bookstore. (Inventory #: 1328470)
$800.00 add to cart or Buy Direct from
Second Story Books
Share this item

A SERIOUS INQUIRY INTO THE NATURE AND EFFECTS OF THE STAGE:AN A LETTER RESPECTING PLAY ACTORS; A SERMON, ON THE BURNING OF THE THEATRE AT RICHMOND, &c. AN INTRODUCTORY ADDRESS BY SEVERAL MINISTERS IN NEW-YORK

New York : Whiting & Watson , 1812
(click for more details about A SERIOUS INQUIRY INTO THE NATURE AND EFFECTS OF THE STAGE:AN A LETTER RESPECTING PLAY ACTORS; A SERMON, ON THE BURNING OF THE THEATRE AT RICHMOND, &c. AN INTRODUCTORY ADDRESS BY SEVERAL MINISTERS IN NEW-YORK)

New York : Henry Holt and Company , 1930
(click for more details about NEW YORK)
View all from this seller>