A CROWN OF FEATHERS AND OTHER STORIES [SIGNED] 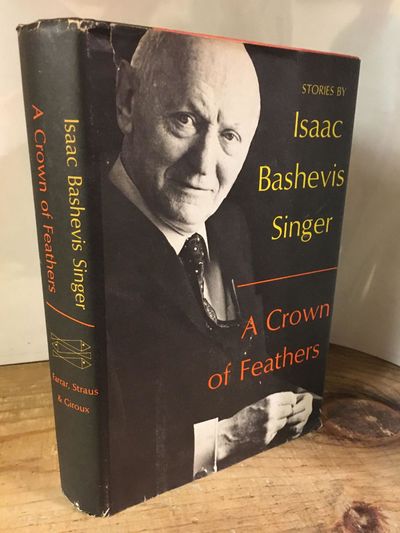 
Inscribed on the ffep by Isaac Bashevis Singer, "For Rachel / with my love and / admiration / Isaac"


JM consignment; shelved Case 6. Rachel MacKenzie was a fiction editor at The New Yorker from 1956 through 1979. Known for nurturing the careers of such literary giants as Isaac Bashevis Singer and Saul Bellow, she also had a correspondence with Muriel Spark and encouraged her to submit to the New Yorker


This collection of stories contains 24 stories, 14 of which first appeared in The New Yorker, including the title story. It shared the 1974 National Book Award for Fiction with Thomas Pynchon, and Singer went on to be awarded the Nobel Prize in Literature in 1978. 1328426. Shelved Dupont Bookstore. (Inventory #: 1328426)
$200.00 add to cart or Buy Direct from
Second Story Books
Share this item

ESSAYS ON THE THEORY OF NUMBERS

THE PLATONIC RENAISSANCE IN ENGLAND

Edinburgh : Thomas Nelson and Sons , 1953
(click for more details about THE PLATONIC RENAISSANCE IN ENGLAND)
View all from this seller>