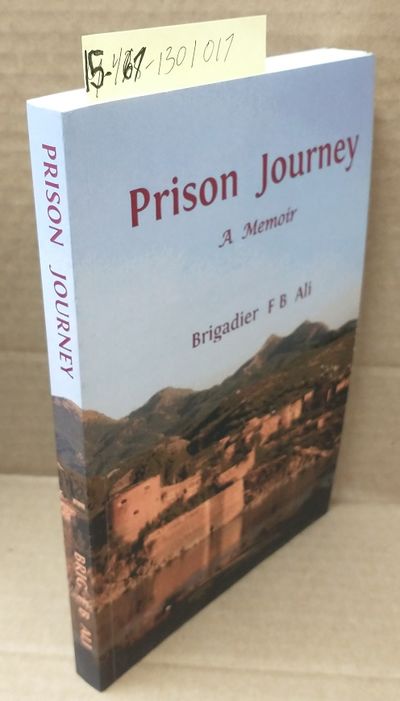 NOTE: Shelved in Netdesk office, in wraparound bookcase next to 15's. FB Ali was a rising star in the Pakistan Army when, in 1969, Gen Yahya Khan, the army chief, declared martial law and took over the country. Disheartened at the direction in which Pakistan was heading, and his inability to do anything about it, he contemplated resigning, but the 1971 war with India intervened. Given an important combat command shortly before it began he witnessed firsthand how badly this disastrous war was mismanaged by the military regime and the incompetent generals it had appointed. The resulting debacle drove him to initiate and lead the army action that forced Gen Yahya Khan to hand over power to Zulfikar Ali Bhutto, who had won the 1970 election. The usual fate of kingmakers befell him: in 1972 he was retired from the army and a few months later arrested and tried on charges of trying to overthrow the government. Narrowly escaping a death sentence, he ended up with life imprisonment, spending over 5 years in prison before he was released following Bhutto's ouster in another military coup. Though offered a significant role in the new setup he decided to move to Canada with his family. This memoir contains an insider account of many important events of that decade, including the 1971 India-Pakistan war and the troubles in East Pakistan that led to the creation of Bangladesh. It is also a poignant tale of courage and endurance in the face of adversity. 1301017. FP New Rockville Stock. (Inventory #: 1301017)
$60.00 add to cart or Buy Direct from
Second Story Books
Share this item

EICHMANN IN JERUSALEM: A REPORT ON THE BANALITY OF EVIL

New York : The Viking Press , 1963
(click for more details about EICHMANN IN JERUSALEM: A REPORT ON THE BANALITY OF EVIL)

IMMIGRATION OF THE IRISH QUAKERS INTO PENSYLVANIA 1682 - 1750; WITH THEIR EARLY HISTORY IN IRELAND

Swarthmore : Self-Published , 1902
(click for more details about IMMIGRATION OF THE IRISH QUAKERS INTO PENSYLVANIA 1682 - 1750; WITH THEIR EARLY HISTORY IN IRELAND)
View all from this seller>