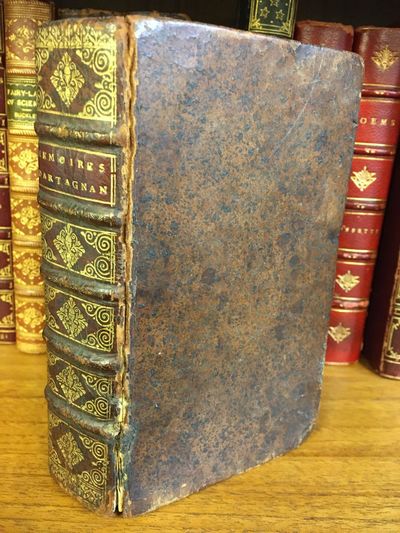 
This semi-fictionalized memoir of the famous musketeer d'Artagnan was published in 1700, 27 years after the death of d'Artagnan, and served as the model for Alexandre Dumas père's portrayal of d'Artagnan in The Three Musketeers, Twenty Years After, and The Vicomte de Bragelonne. Charles de Batz de Castelmore, also known as d'Artagnan and later count d'Artagnan (c. 1611 - 25 June 1673), was a French Musketeer who served Louis XIV as captain of the Musketeers of the Guard. He died at the Siege of Maastricht in the Franco-Dutch War. [wikipedia];. 1324777. Shelved Dupont Bookstore. (Inventory #: 1324777)
$1,200.00 add to cart or Buy Direct from
Second Story Books
Share this item

THE GRAPES OF WRATH

New York : The Viking Press , 1939
(click for more details about THE GRAPES OF WRATH)

A COMMENTARY ON HERODOTUS [TWO VOLUMES]

Oxford : Oxford University Press , 1964
(click for more details about A COMMENTARY ON HERODOTUS [TWO VOLUMES])
View all from this seller>