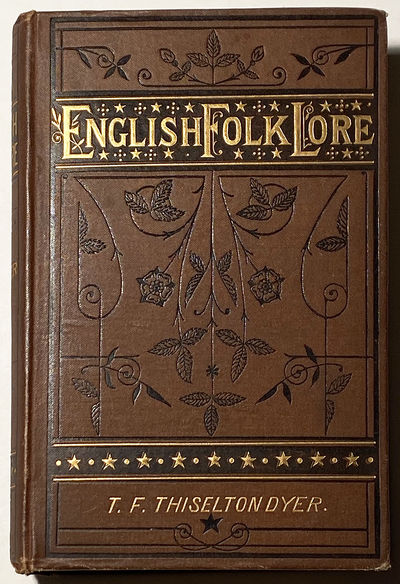 London: Hardwicke & Bogue, with a rare announcement slip at the front endpaper dated 1 July 1879 with change of address and business name, 1878.

First edition of this fascinating history and discussion on English folklore, created and published in response to the formation of the Folk-Lore Society (U.K.) earlier this same year. It includes an interesting look into English folklore: plants, the moon, birds, animals, charms, birth, death, marriage, and more. Written by T. F. Thiselton-Dyer, a curate who was known for his popular non-fiction works, including 'British Customs: Past and Present', and 'Strange Papes From Family Papers'. (Inventory #: VBF05)
$350.00 add to cart Available from Battledore
Share this item

Stroud : Catalpa Press , 1999
(click for more details about Beatrix Potter A Bibliographical Check List)
View all from this seller>