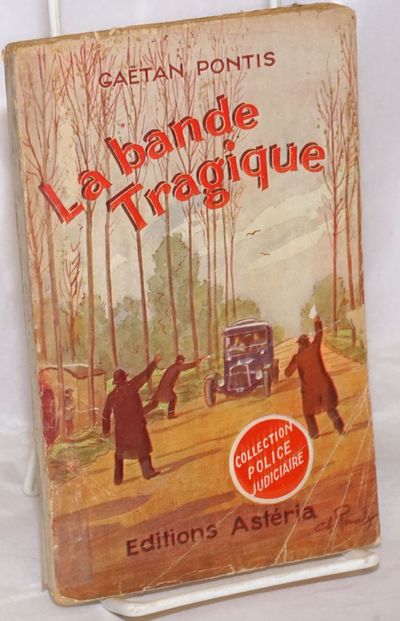 by Pontis, GaÃ«tan
Paris: Editions AstÃ©ria, 1949. 154p., wraps, 4.75x7.5 inches, wraps worn and chipped, spine chipped and reinforced with document tape, front wrap coming loose and attached with tape, pages evenly toned, a few leaves unopened else good condition. Text in French. Collection Police Judiciaire. On the Bonnot Gang, anarchist bank robbers who are credited with the first use of a getaway car. Their use of high-tech equipment for the time, like automobiles and repeating rifles, captured the public imagination and sparked a certain level of hysteria. The press named the group after one of its members, Jules Bonnot, who appeared in the offices of "Le Petit Parisien" wielding a gun and complaining about the newspaper's coverage of their exploits. (Inventory #: 256425)
$45.00 add to cart or Buy Direct from Bolerium Books
Share this item