Ticket To Ride (Inscribed to Al Aronowitz); Inside The Beatles' 1964 Tour that Changed the World 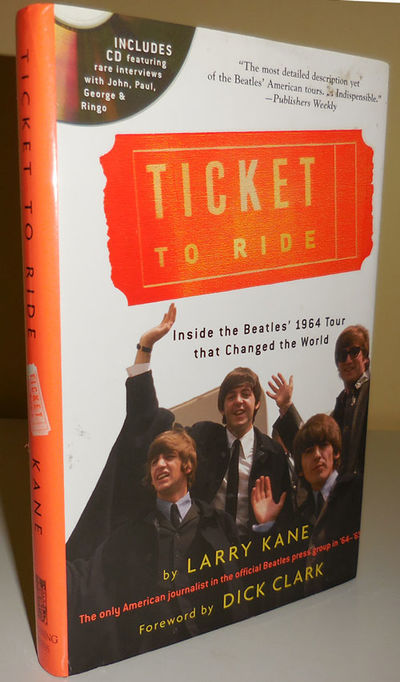 by Music; The Beatles - Kane, Larry
Philadelphia: Running Press, 2003. Later printing. Hardcover. Very Good/very good. Hardbound 8vo in dustwrapper. Foreword by Dick Clark. 272 pp. With cd in clear pocket at rear of volume. Illustrated with black and white photographs. Kane was the only American journalist in the offical Beatles press group in '64 - '65. A very good copy in dustwrapper. Later printing. Significantly, this copy has been INSCRIBED by Kane to rock and roll journalist Al Aronowitz whose claims to fame included being the person who introduced Bob Dylan to The Beatles. (Inventory #: 30184)
$100.00 add to cart or Buy Direct from Derringer Books
Share this item
Derringer Books
Offered by

New York : Crown Publishers , 1964
(click for more details about Tokyo (Signed))
View all from this seller>