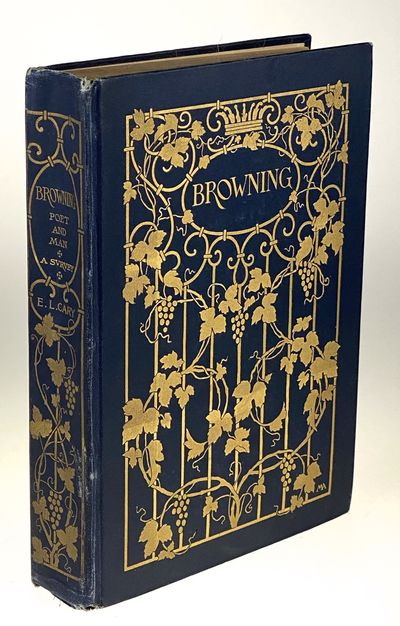 by Cary, Elizabeth Luther
New York: G. P. Putnam's Sons, The Knickerbocker Press, 1899. First edition. First edition. Thick quarto. Original blue fine weave cloth with gorgeous all over gilt blocked cover design by Margaret Armstrong consisting of grapes and grape vine on a trellis, also used for spine. This model cover design appears in later Putnam titles (Morris, Tennyson, Emerson, Rossettis) however, in those later uses, clumsy lettering by another hand was employed, as per Gullans. This is the quite rare first edition of 1899, the only copy on the market as of this date. Two marks are rear cover, slight wear to corners, and margins of spine. Overall the binding is very good, and near fine in the interior. Gullans #61. (Inventory #: 4990)
$450.00 add to cart or Buy Direct from
Nudelman Rare Books
Share this item