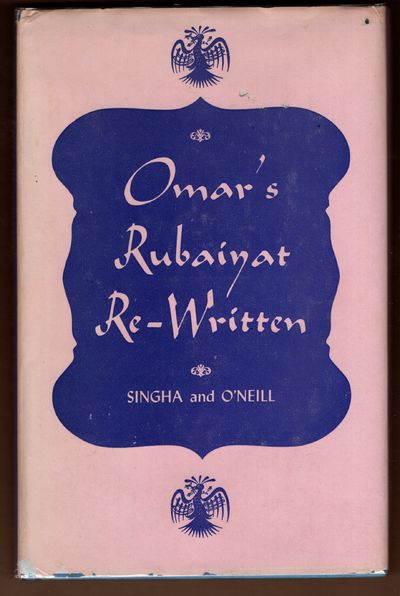 by Rama Singha, Mrs. Esther O'Neill
New York: Vantage Press, Inc. , 1954. First Edition. Hardcover. Fine/fair. 47p., hardcover in blue publishers cloth, pink and purple dustjacket protected in mylar. Mrs. O'Neill was a spiritualist minister. Contains the English version of the Rubaiyat by Edward Fitz-Gerald, followed by a translation which "is the work of a 'teacher,' who identifies himself as the ancient Hindu, 'Rhama Singha' ... The manual work has been done clairaudiently by Mrs. Charles E. O'Neill, medium" (Inventory #: 2577)
$50.00 add to cart Available from
Little Sages Books
Share this item