THE AMERICAN COMMONWEALTH [WITH TWO TLS'S] 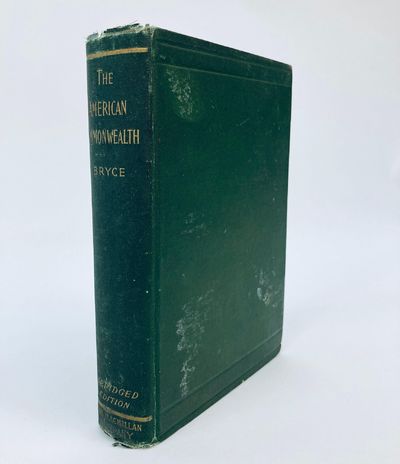 Book is shelf off the sales floor, in the upstairs office area Room B [Middle room]. James Bryce, 1st Viscount Bryce, OM, GCVO, PC, FRS, FBA was a British academic, jurist, historian and Liberal politician. In 1892, he joined Gladstone's last cabinet as Chancellor of the Duchy of Lancaster and was sworn of the Privy Council at the same time. He was later appointed British Ambassador to the United States of America from 1907-1913. As an author, Bryce quickly became well known in America for his 1888 work, The American Commonwealth. The book thoroughly examined the institutions of the United States from the point of view of a historian and constitutional lawyer and at once became a classic. In developing material for his book, Bryce painstakingly reproduced the travels of Alexis de Tocqueville, who wrote Democracy in America (1835-40). [wikipedia]. 1336074. FP New Rockville Stock. (Inventory #: 1336074)
$210.00 add to cart or Buy Direct from
Second Story Books
Share this item