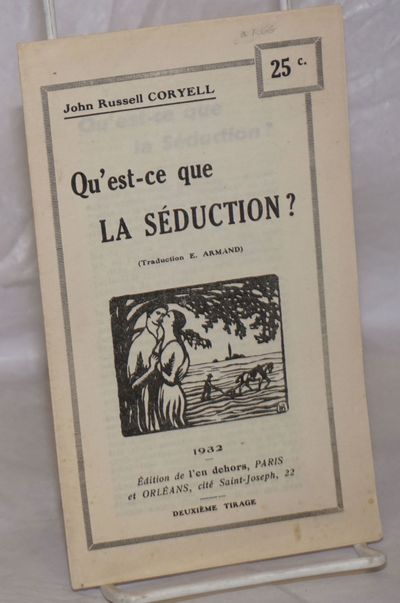 by Coryell, John Russell; translated by E. Armand
Paris: Ãdition de l'en dehors, 1932. Pamphlet. Single sheet folded to make an 11p. pamphlet with unopened leaves, 4.24x7.25 inches, lightly worn else very good condition. Second edition. Text in French. Coryell was an anarchist and contributor to Emma Goldman's Mother Earth, but is best known as a dime novelist and as the creator of the character Nick Carter. Translator Armand was a prominent French individualist anarchist and proponent of free love. (Inventory #: 259047)
$75.00 add to cart or Buy Direct from Bolerium Books
Share this item