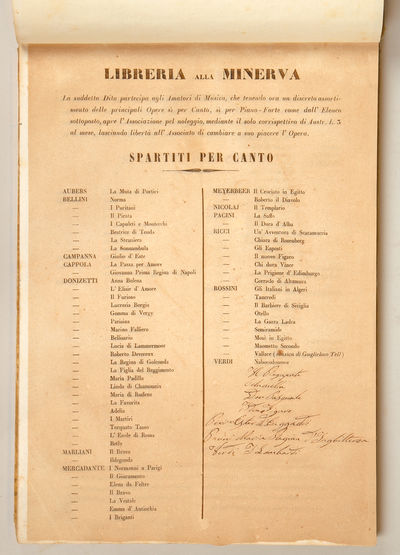 Caterina di Guisa, a melodramma in 2 acts, to a libretto by Felice Romani after the play Henri III et sa cour (1829) by Dumas, was premiered in Milan at the Teatro alla Scala, 14 February 1833.

Coccia experienced "a genuine triumph with Caterina de Guisa aided by a finely paced libretto by Felice Romani. In this opera, his first since Clotilde to circulate abroad, Coccia shows a Donizettian ingenuity in blending the traditional forms into a personal synthesis. Orchestral transitions between scenes, each distinguished by unexpected touches of harmony and scoring, are a special feature. A duet with female chorus for the heroine and her youthful admirer (a mezzo role) achieves a long melodic groundswell worthy of Bellini." Julian Budden in Grove Music Online.