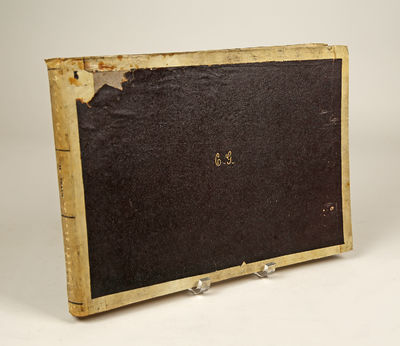 Named cast list includes performers from the premiere as well as two different stagings in Naples.

Il Bravo, to a libretto by Gaetano Rossi and Marco Marcelliano Marcello after James Fenimore Cooper's novel The Bravo (1831) and Auguste Anicet Bourgeois's play La Vénitienne (1834), was first performed in Milan at the Teatro alla Scala on 9 March 1839.

"Il Bravo is one of Mercadante's most interesting and successful operas. The musical structures show a real attempt to fuse the varied elements of early 19th-century Italian opera into a more continuous dramatic texture. It had a prodigious success at La Scala at the time when the young Verdi had just arrived in Milan, and anyone interested in Mercadante's influence on his great successor can hardly miss the overtones of Sparafucile, and indeed Rigoletto, in the chief character." Michael Rose in Grove Dictionary of Opera. (Inventory #: 33496)
$275.00 add to cart or Buy Direct from
J & J Lubrano Music Antiquarians
Share this item