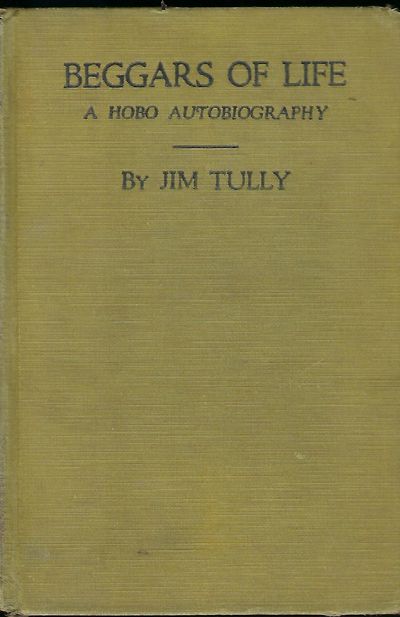 by TULLY, Jim
NY: Grosset & Dunlap, 1924. First Photoplay Edition. Signed presentation from director William Wellman and actor Richard Arlen on the front endpaper: "To Ron. With my very best wishes. Richard Arlen. May 6/'67." and "To Art--- in fond remembrance of Jim Tully. Bill Wellman." Wellman directed the 1928 Paramount movie based on this novel, with Arlen being one of the movie's stars. The book, which was published with the release of the movie, bears the personal "Ex Libris Picturis Moventibus" bookplate on the front pastedown of publicist, reporter and cinema collector Art Ronnie. Ronnie worked as a reporter, television writer, records editor, radio editor and book reviewer for the Los Angeles Herald-Express and Herald Examiner. He was also a publicist for MGM Television, Paramount Television and Twentieth Century-Fox Television. His library had more than 15,000 volumes. An interesting copy!. 12mo., green cloth, stamped in black; 336 pages. Illustrated With Scenes From The Movie.. Very Good (little edgewear, light crease down spine with very tiny indentation; contents clean & tight). (Inventory #: 57276)
$275.00 add to cart or Buy Direct from Antic Hay Books
Share this item
Antic Hay Books
Offered by