Background of the Plymouth Trial 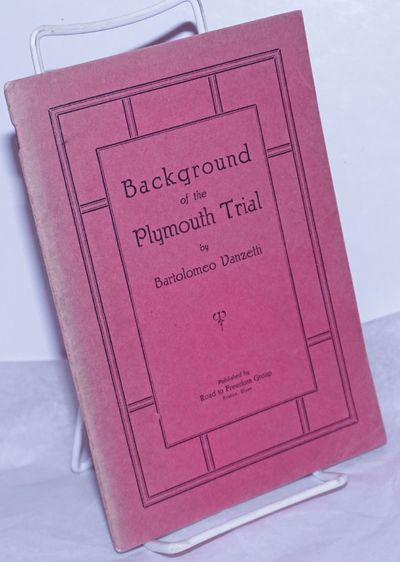 by Vanzetti, Bartolomeo
Boston, Mass: Road to Freedom Group, 1927. Pamphlet. 38p., stapled wraps, 5.75x8.25 inches, wraps sunned along stapled edge and top edge, staples rusted else very good condition. Written in early 1927 as Vanzetti awaited word from the Massachusetts State Supreme Court whether it would hear his and Sacco's appeal. The court denied the appeal in April; the two were executed in August 1927. (Inventory #: 260158)
$50.00 add to cart or Buy Direct from Bolerium Books
Share this item