1650s Map of North America showing all of California as an Island, wich is how they assume 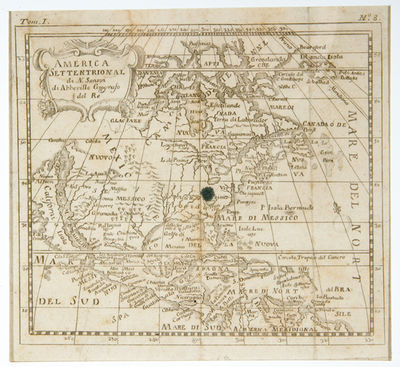 by North America, 1650 Map
America Settentrional - by Nicolas Sanson, the great seventeenth century French cartographer. 6" x 7" Italian edition of Sanson's famous prototype, showing California as an island, 1650/1656 map of North America, this published in Italy circa 1690. Small decorative title cartouche; upper left corner has "Tom. I". Rather than the more common flat northern California coastline sloping up to the east, this has the much scarcer indented northern coastline with "R. de Eslite" at the tip. McLaughlin & Mayo ("California as an Island") identify editions in French, Dutch and Latin, but none in Italian. There is a light water stain in the upper left corner, and an ink stain in the center of the image and in far right margin. A bit soiled, separation at folds have been reinforced. Matted but unframed. In very good condition.

The Island of California was a long-held European misconception, dating from the 16th century, that the Baja California Peninsula was not part of mainland North America but rather a large island separated from the continent by a strait now known as the Gulf of California. And this misconception was produced on the period maps. (Inventory #: 12792)
$385.00 add to cart Available from
Share this item
Max Rambod Inc.
Offered by