1845 Essays on Human Rights and Women Rights: "Woman is Denied Her Natural Dignity when the Laws Depress Her Below Man 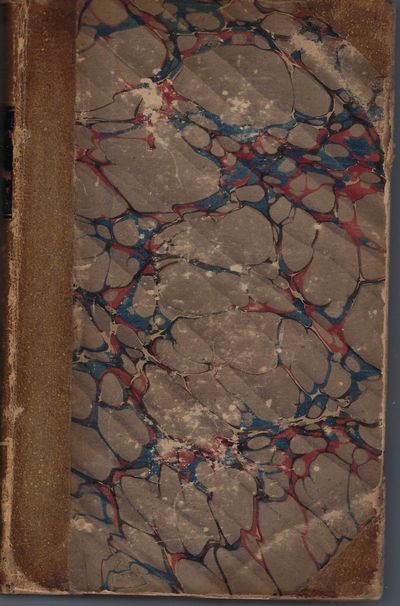 first edition
by [1845 Essay on Woman Rights], Women Rights
Hurlbut, E.P. Essays on Human Rights and their Political Guaranties: By...Counselor at Law in the City of New-York. New York: Greeley & McElrath. 1845. First Edition. Contemporary half leather and marbled boards with some rubbing. 219 pages.

A treatise on social and political organization, the author enumerating the errors of Jeremy Bentham for denying the doctrine of Natural Rights. Such a denial is dangerous indeed, for it places "man's destiny in theh hands of his fellow-men, rather than in the hands of his Creator. Here is spread wide the grand entrance-door of tyranny..." Government, which is necessary to restrain individuals actions that are harmful to others in accordance with "reason and natural morality," has failed to protect the rights of women. Hurlbut argues for "the legal equality of the sexes," for "woman is deprived of her natural dignity when the laws depress her below the level of man...Man was not 'born to commandm,' nor woman 'to obey.'" The first of several editions. Bound with a second, unrelated work, entitled "Salathiel" by George Croley. New York" Greeley & McElrath, 1845. Very good condition. AL 45-3367. Sabin 33997. BEAL 3489. Not in Harv Law Cat., Marvin, Marke, Decker, Larned. (Inventory #: 15167)
$1,500.00 add to cart or Buy Direct from
Share this item
Max Rambod Inc.
Offered by