THE BISHOP FROM BARNWELL: THE POLITICAL LIFE AND TIMES OF EDGAR BROWN 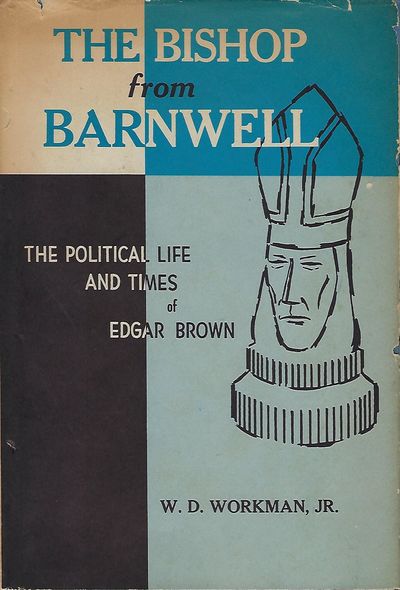 by WORKMAN JR., W.D.
[Columbia, South Carolina: R.L. Bryan Company,], 1963. First Edition. Signed by both Workman and Sen. Brown on the front endpaper. Biography of Senator Edgar Brown [1888-1975, who served South Carolina as Speaker of the House of Representatives and as President Pro Tempore of the Senate. Provides an interesting picture of South Carolina politics and politicians during the last half century. Brown was a principal member of the so-called "Barnwell Ring." Brown served as a trustee of Clemson University and the University Union there was renamed in his honor after his death. 8vo., blue cloth in dust jacket; 335 pages. Illustrated.. Very Good (minor wear covers; contents clean & tight); some edgewear (some browning & tiny hole spine) d/j. (Inventory #: 57338)
$50.00 add to cart or Buy Direct from Antic Hay Books
Share this item
Antic Hay Books
Offered by