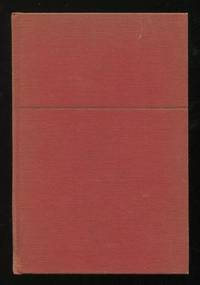 by Chaze, Elliott
New York: Simon and Schuster. Very Good+. 1950. First Edition. Hardcover. (no dust jacket) [good sound copy, spine slightly turned, spine cloth a bit faded, gilt spine lettering dulled]. Uncommon novel (the author's second), set in New Orleans, about a somewhat hard-boiled (and hard-drinking) newspaperman and his pregnant wife. In the course of the story (to quote a contemporary review), the protagonist "goes from a small country newspaper to one of the big wire services in New Orleans. It tells of [him] settling down in his new job, of covering an execution, a milk strike and a hurricane, and of his personal life with his wife and small son while another child is on the way." Chaze worked for the AP in N.O., and was married with two children, so it doesn't seem much of a stretch to dub this an autobiographical novel. The execution depicted in the book, interestingly, is of a woman, "Patty Mae Henderson," who had been convicted of killing a man who'd picked her up as a hitchhiker and then assaulted her; it's described in the text as "one of the nastiest hitchhike killings in state history," and bears some resemblance to the case of Toni Jo Henry, who in 1942 became the only woman ever executed by electrocution (as in the book) in Louisiana. . (Inventory #: 25679)
$100.00 add to cart Available from ReadInk
Share this item
ReadInk
Offered by