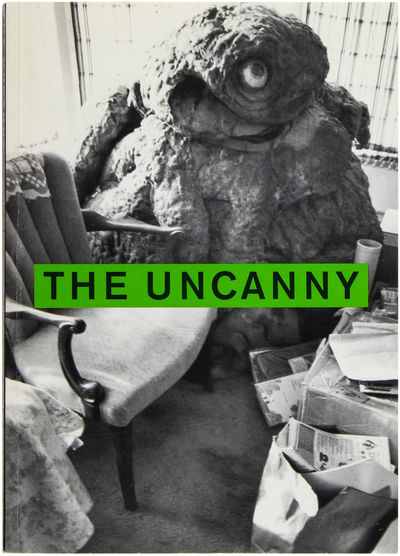 by KELLEY, Mike
Arnnem, The Netherlands / Los Angeles: Sonsbeek 93 / Fred Hoffman, 1993. Near fine in photo-illustrated wrappers. Uncommon.. First Edition. Small quarto. Enormously influential catalogue published in conjunction with "The Uncanny", an exhibition organized by Sonsbeek 93 in the Gemeentemuseum, Arnhem, The Netherlands. Curated by Kelley, who also edited and provided text for the catalogue. The exhibition took on mythical status and was re-staged in Liverpool in 2004, with a new catalogue. All 115 illustrations described in the rear; an arresting mixture of mannequin-related art works and figurative sculpture from the sixties onwards. (Inventory #: 25915)
$750.00 add to cart or Buy Direct from Harper's Books
Share this item
Harper's Books
Offered by