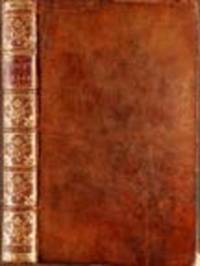 by [MARRA, John]
London, 1775. Octavo. (8 1/4 x 4 7/8 inches). 1 folding engraved map, 5 engraved plates, extra-illustrated with 1 folding engraved map "Part of the Tropical Discoveries of the Resolution Sloop Captain J. Cook in 1774" Contemporary calf, spine gilt in compartments with raised bands, morocco lettering-piece "The first printed account of man's entry into the region south of the Antarctic circle" (Spence) and the earliest published complete account of Cook's second voyage, issued at least eighteen months prior to the official version. "A rare work ... contain[ing] details of many events not recorded in the official account, and a preface recording the causes which led Banks and his staff to withdraw from the expedition at the last moment. Accordingly it is a vital second voyage item..." (Davidson). The second voyage included the first crossing of the Antarctic circle, making Marra's narrative the earliest firsthand account of the Antarctic, and the engraved plates are the first depictions of that region. Due to the strict regulations against private publications, the work was published anonymously, but the identity of the author did not remain a mystery for long. "Correspondence between Cook and the Admiralty shows that the author was John Marra, one of the gunners' mates in the Resolution. He was an Irishman whom Cook had picked up at Batavia during the first voyage. He made an abortive attempt to desert at Tahiti on 14 May 1774, an escapade of which Cook took so lenient a view that he says - 'I know not if he might have obtained my consent, if he had applied for it in proper time.' This did not, however, as Marra states at p. 241, prevent his being put in irons..." (Holmes). This copy contains the extremely rare extra folded map, "Part of the Tropical Discoveries of the Resolution Sloop Captain J. Cook in 1774," which is noted by Beddie and Rosove, but which is not called for in most of the references. This map has been present in only three of the twenty-five copies of the first edition sold at auction in the last thirty or so years. The chart appears opposite the first page of text and shows New Caledonia and the Great Cyclades islands to the north and Norfolk island to the south. It is a most interesting production, and is to be found in two states: first, as here with the engraver's name and with the position of Norfolk Island incorrectly placed 4° too far south; and second, with the engraver's name erased (but just visible), with Norfolk Island's latitude corrected. The chart follows two of the Gilbert manuscript charts (see David 2.225/6/) in spelling Ballabeah Isle with a final "h," unlike all the other manuscript charts. We have a definite date for the corrected issue of this chart, as it accompanied the article, "Late Voyages of the Resolution and Adventure," published in the Gentleman's Magazine, Vol. XLVI, 1776 (edited by David Henry), opposite page 120 in the March issue. Therefore, it seems probable that the uncorrected chart found its way into copies of Marra issued during the last two or three months of 1775. Bagnall 630; Beaglehole II, pp.cliii-clv; Beddie 1270; Conrad p.13; Davidson p.60; Hill (2004) 1087; Hocken, p.14; Holmes 16; Kroepelien 809; O'Reilly-Reitman 379; Rosove 214.A1b; Sabin 16247; Spence 758; Streeter Sale 2408. (Inventory #: 19445)
$18500.00 add to cart or Buy Direct from
Donald A. Heald Rare Books
Share this item
Donald A. Heald Rare Books
Offered by