GO AHEAD, JUMP!: THE LIFE STORY OF BILLY SCHNEIDER 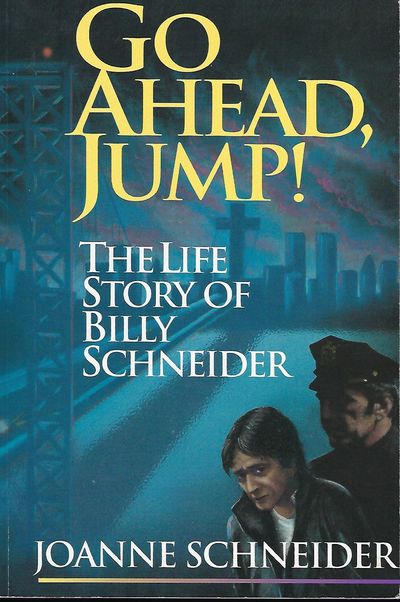 by SCHNEIDER, Joanne
Muskegon, MI: Gospel Films Publications, 1997. First Edition. Signed presentation on a front blank page: "To [?]: Billy SchneiderPhil.1:20" and by "Joanne Schneider Phil. 4:13." Inscribed copies are scarce! At the end of his rope after years of drug abuse and arrests, Billy Schneider made national news when he climbed to the top of the George Washington Bridge, 450 feet above the Hudson River. Thus began a journey that would lead Billy on a quest that ended in a saving faith. Now, the impact of Billy's stunning presentations in high schools across the nation must be seen to be believed. Here is his miraculous story, recorded even as Billy struggles with cancer and AIDS, consequences of his checkered past. 8vo., pictorial wraps; 147 pages. Very Good (covers nice; contents clean & tight). (Inventory #: 57540)
$75.00 add to cart or Buy Direct from Antic Hay Books
Share this item
Antic Hay Books
Offered by

SMOKE ALONG THE COLUMBIA

ART OF THE CHOPPER

[St. Paul, MN : Motorbooks International , 2003
(click for more details about ART OF THE CHOPPER)
View all from this seller>