Good-Bye To All That. An Autobiography 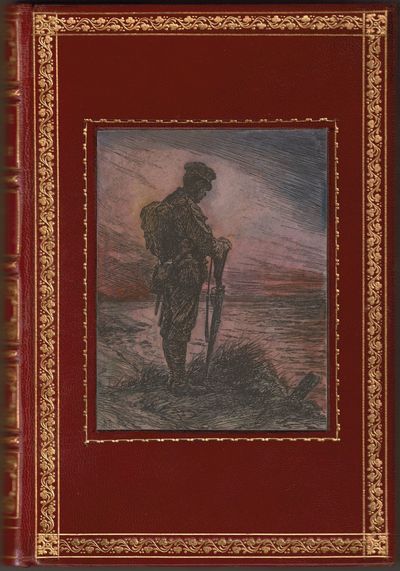 by GRAVES, Robert
London: Jonathan Cape, (1929). First edition, first issue, of Graves' controversial autobiography, with the unauthorized Sassoon poem on pp. 341-343, which caused this issue to be withdrawn. One of 5000 copies printed, of which fewer than 100 copies were once estimated to have been issued in this state: judging by the frequency with which the first issue appears on the market, an egregious under-estimation. Higginson A32a. A fine copy in custom-made slipcase. 8vo, illustrated, rebound in full red morocco with an inlaid illustration of a soldier on the front cover. A fine copy in custom-made slipcase. (Inventory #: 23354)
$2,500.00 add to cart or Buy Direct from
James S. Jaffe Rare Books
Share this item
James S. Jaffe Rare Books LLC
Offered by

(London) : Bloomsbury , (1992)
(click for more details about The English Patient)

What The Negro Wants

Chapel Hill, NC : University of North Carolina Press , (1944)
(click for more details about What The Negro Wants)
View all from this seller>