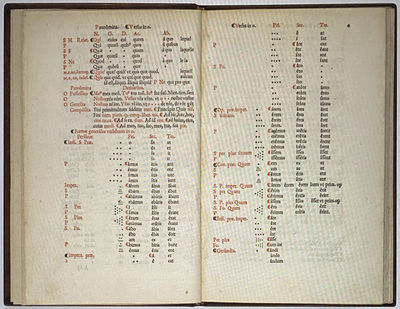 Colines devised a 'system of periods, accents, and brackets' resulting in highly complex typography showing off his great skill. It is accompanied by its very rare supplement (not seen by Renouard) which takes the form of a dialogue between two young woman, Magdalena and Aretusa, discussing Latin grammar.
Schreiber, Colines 94 (first work only); Renouard 201; Moreau IV, 746, III, 2176. (Inventory #: bb_latin_grammar1533)
$12,500.00 add to cart Available from Battledore
Share this item