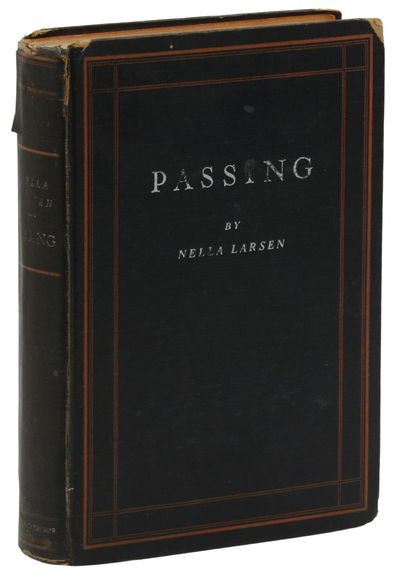 by Larsen, Nella
New York: Alfred A. Knopf, 1929. First Edition. Fair. First edition, first printing. Bound in publisher's original black cloth ruled in red with silver lettering. Fair, with light staining to cloth. Cloth rubbed through at corners and edges, superficial splits to top of spine joints and a horizontal split to cloth partially across the top of the spine, though the binding is stable. Former owner ink inscriptions to front free endpaper and the following blank sheet is partially detached. Former owner's inkless emboss to half-title page and pages toned. The author's second novel, widely considered a major work of 20th century American fiction and the Harlem Renaissance, as well as a keystone of both feminist and African-American literature. (Inventory #: 140943442)
$12,500.00 add to cart or Buy Direct from
Burnside Rare Books
Share this item
Burnside Rare Books
Offered by

Poor Sarah: or, The Indian Woman

Philadelphia : American Baptist Publication Society , 1860
(click for more details about Poor Sarah: or, The Indian Woman)
View all from this seller>