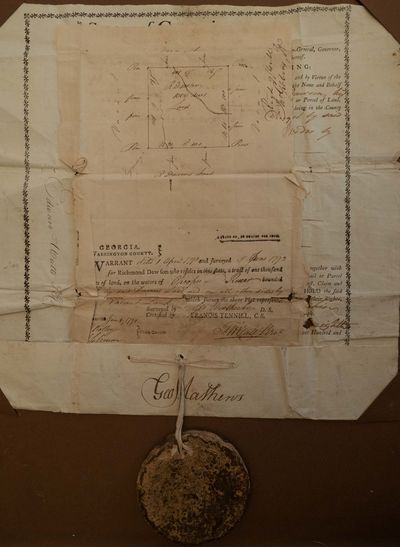 1000 acres granted to Richmond Dawson by the governor who would in the succeeding years mastermind the Yazoo Land Fraud, selling large tracts of land at bargain basement prices to political insiders. The grant for 1000 acres in Washington County is to Richmond Dawson. (Inventory #: 6592)
$950.00 add to cart Available from
Rare Book Studio
Share this item
Rodger Friedman Rare Book Studio
Offered by

Field Guide of Birds of the West Indies. Guide to all the species of birds known from the Greater Antilles, Lesser Antilles, and Bahama Islandsq

New York : Macmillan , 1947
(click for more details about Field Guide of Birds of the West Indies. Guide to all the species of birds known from the Greater Antilles, Lesser Antilles, and Bahama Islandsq)
View all from this seller>