Map of Kansas, Nebraska and Colorado. Showing also the Southern Portion of the Dacotah 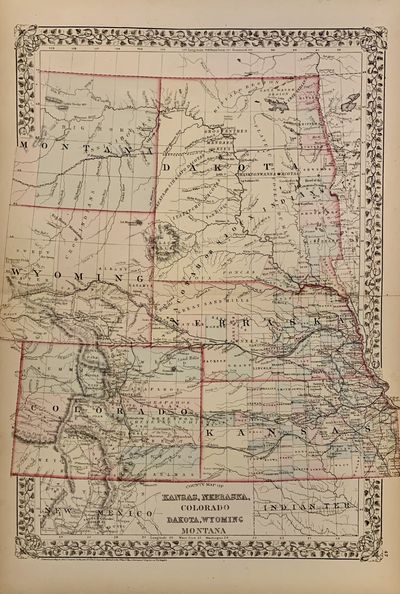