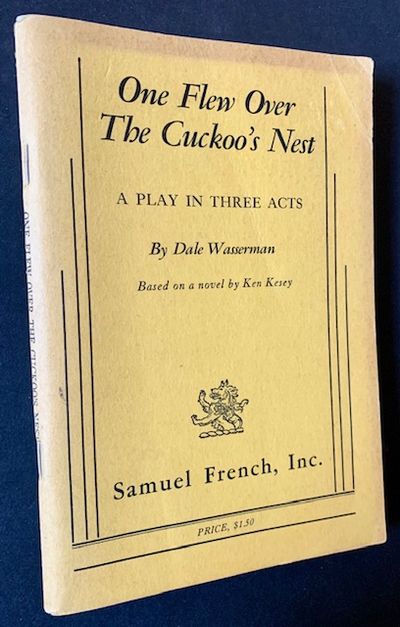 by Dale Wasserman
New York: Samuel French, Inc, 1970. Original wraps. Very Good +. The 1970 1st thus, the 1st Samuel French edition and the first appearance of the play in book form. Solid and VG+ in its mustard-yellow wrappers, with very light soiling to the rear panel and a thin band of offsetting at the front panel's top-edge. Still though, very presentable. Starring Kirk Douglas as Randle McMurphy and produced by his son Michael Douglas. Also starring Gene Wilder as Billy Bibbit. (Inventory #: 20738)
$50.00 add to cart or Buy Direct from Appledore Books
Share this item
Appledore Books
Offered by

by Brassai (Introduction by Lawrence Durrell)