Orlando Furioso: translated from the Italian of Lodovico Ariosto; with notes by John Hoole. 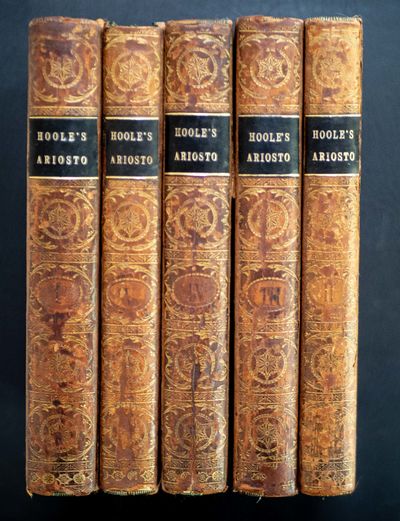 The19th-century literary historian Henry Hallam called Ariosto "Europe's second-favorite poet after Homer." Indeed there was an appetite for a modern English translation to replace the Elizabethan version by John Harington. John Hoole assumed the enormous task, and produced this very popular version in rhymed couplets with extensive annotation and a biographical essay. The publication is notable for the commission, in volume three, of a frontispiece plate engraved by William Blake, as well as for plates after Angelica Kauffman, Gertrud Metz, and William Hamilton. (Inventory #: 6597)
$725.00 add to cart Available from
Rare Book Studio
Share this item
Rodger Friedman Rare Book Studio
Offered by

Lincoln Translated from the German by Eden and Cedar Paul. With woodcuts by Alice D. Laughlin

Boston : Little, Brown , 1930
(click for more details about Lincoln Translated from the German by Eden and Cedar Paul. With woodcuts by Alice D. Laughlin)
View all from this seller>