The Prints of Marian Korn A Catalogue Raisonne 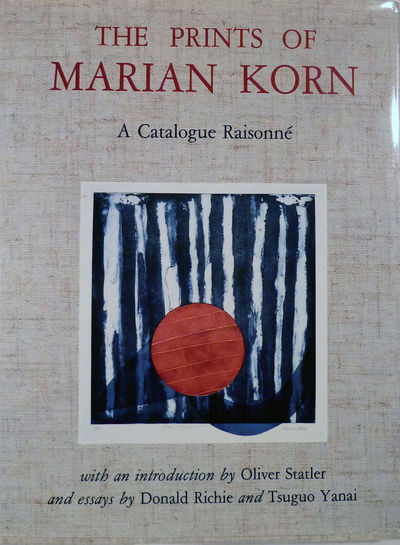 by Korn, Marian (Illustrator)
New York: Weatherhill Graphics, 1988. First edition. Hardcover. Orig. beige cloth. Fine in fine dust wrapper. Korn, Marian. 206 pages. With an introduction by Oliver Statler and essays by Donald Ritchie and Tsuguo Yanaz. With sixty-ninecolor and 206 monochrome reproductions. Chronology. Exhibitions. Title Index. Marian Korn first came to Japan in 1949, but it was not until 1970 that she began her distinguished career as a printmaker. She died in Tokyo in 1987. (Inventory #: 4046)
$70.00 add to cart or Buy Direct from
Roy Young Bookseller
Share this item
Roy Young Bookseller, Inc.
Offered by

Ancient Chinese Ceramic Sculpture From Han Through Tang; The Collection of Mr. and Mrs. Ezekiel Schloss -- Vol. II only

New York : Abrams , 1975
(click for more details about Francis Bacon; Translated by John Shelpley)
View all from this seller>