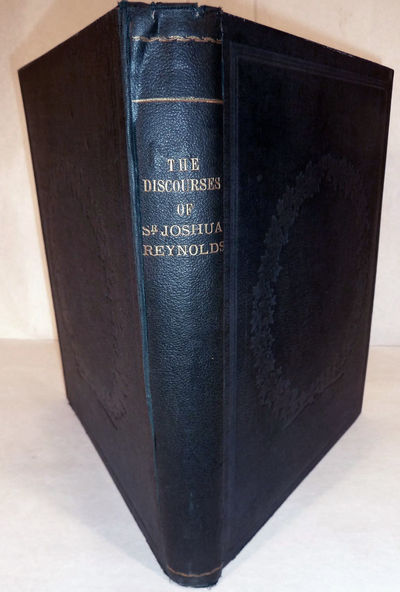 by Reynolds, Sir Joshua
London: James Carpenter, 1842. First edition. Hardcover. Later 19th century navy cloth decorated in blind. Very good. 279 pages. 4to, eleven full-page plates plus title in sepia and black and white. Fifteen discourses in total. On July 13, 1789 Reynolds' eyesight suddenly failed, and from that time on he practically ceased painting, but continued his interest in the Royal Academy. In December of 1789 he delivered his fifteenth and last discourse at the Royal Academy [see: BRYAN'S DICTIONARY OF PAINTERS AND ENGRAVERS, Vol.IV, p219]. Toning to plates, generally confined to margins. Text mainly fresh and clean save for first few and least leaves. Backstrip chipped head and foot. (Inventory #: 11519)
$115.00 add to cart or Buy Direct from
Roy Young Bookseller
Share this item
Roy Young Bookseller, Inc.
Offered by

Joan Mitchell; An Exhibition of paintings from October 25 to November 25, 1989

New York : Robert Miller Gallery , 1989
(click for more details about Joan Mitchell; An Exhibition of paintings from October 25 to November 25, 1989)

London : Fine Art Society , 1905
(click for more details about The Flower Book. Reproductions of Thirty-Eight Watercolour Designs by Edward Burne-Jones)
View all from this seller>