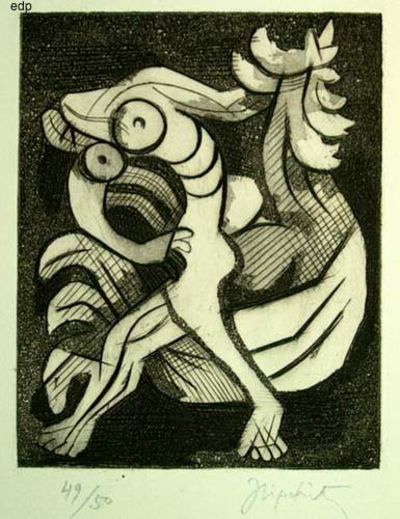 by Anonymous
1965. Africa. KENYATTA, NYERERE AND OBOTE - SIGNED PHOTOGRAPH OF THREE POST-COLONIAL AFRICAN PRESIDENTS . Photograph, 11"x14", matted and framed, of Jomo Kenyatta, Julius Nyerere and Milton Obote, c. 1965. Signed and dated on the mat by each Obote "25th Novmeber, 1965"; Kenyatta, "9/11/65"; Nyrere, 12/4/1966". With the stamp "East African Common Services, Reference Number 35/209" on the back of the photo. As with so many mounted photos, the mount has not held up as well as the photo. The signatures of Kenyatta and Nyerere are faded but readable, the mount is somewhat darkened, there is minor dampstain at the lower right and left corners of the mount,and a tiny indentation in the image on Nyerere's jacket just below his wrist. Still an extraordinary image and record of the early period of African independence from colonial rule. Jomo Kenyatta (1889-1978) became President of Kenya on December 12, 1964. His signature on this photograph is the earliest of that of any of the signatories, and is within only a few months of his inauguration. Julius Nyerere (1922-1999) was President of Tanzania from 1962 until 1985. Milton Obote was President of Uganda, ousted by Idi Amin, and became President again after the overthrow of Amin, only to oversthrown himself in 1986. Kenya, Uganda and Tanzania are geographically adjecent in East Africa. All became independent of British rule in the early 1960s. I have not been able to determine the occasion on which this photograph was taken. It is a striking image of three of the leaders of the African nationalist movement. (Inventory #: 2161)
$750.00 add to cart Available from
Edward T. Pollack
Share this item

Payment is expected in advance. Items may be returned for any reason provided we are notified promptly, the return is made promptly and the item has not been altered or damaged by the buyer.
More from this seller

THE LIFE OF SAMUEL JOHNSON

1791
(click for more details about THE LIFE OF SAMUEL JOHNSON)